Anything music related. Latest songs, good new bands, and blasts from the past.

My number THREE album of the year comes from a band I discovered only a few weeks ago, when I saw them opening for the band who will be featured at number one on this list. So get this, this a not your typical punk rock album my friends. Oh no, its a concept album. What's the concept you say? Well, I'll let Nick Woods, the bands lead singer, sum it up for you. " It's about how love, the apocalypse, a serial killer, and a suicide cult help this battered woman find herself."

Yup. There you have it. Well if you're thinking "What the Fuck?" I don't blame you. But somehow, it WORKS! They have even made a series of very low budget films to help illustrate the album's concept, though not every chapter has been released yet (they are up to track 8). Oh, and did I mention that beyond all of that, it is an absolutely KICK ASS PUNK ALBUM? Because it is. Here is Direct Hit! with "Brainless God."

Here's one of the videos, it covers chapters 1-4:
https://www.youtube.com/watch?v=gDhanK9zAcs

P.S. They recently got their van stolen, which had contained all of their gear. People fucking suck. They aren't well known and they don't make a lot of money, so if you like it, pick it up and lend your support.
Yeah, well, you know, that's just, like, your opinion, man. - The Dude
Top

Sorry for the delay, let's finish this up.

For my number two, I will list what is the best album yet from the band that I consider at the top of the "pop-punk" genre. Loaded with emotionally driven songs with catchy as hell hooks, this album is what the genre strives to be but so rarely succeeds. This is The Wonder Years with "The Greatest Generation."

2. The Wonder Years - "The Greatest Generation" 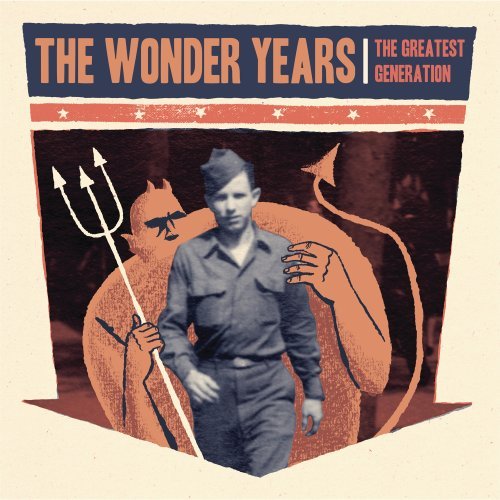 And for my NUMBER ONE album of the year 2013, there was absolutely no question on what it would be. This album is a top 20 of all time for me. It is from a band that I would put in the top three of any band on the planet right now. They have gotten better with each release, and this album is simply phenomenal. I've listened to it probably 5 times more than any other album this year. From the brilliantly catchy "Nightlife" to the epic ballad "Don't Make Me Go" this is the pinacle of modern day punk rock. I just saw them a few weeks ago for the 5th time and they were incredible as always. This is Off With Their Heads with "Home." 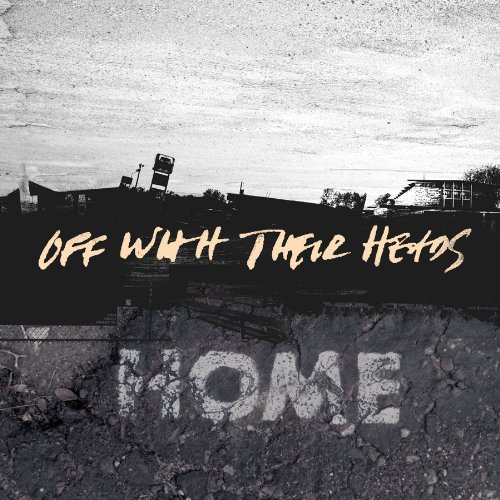 And if you'll allow me to nerd out on you for a moment, I have to tell you this story that relates to this band. I went and saw Against Me! for the 7th time on Wednesday, and as you all know, I consider them the absolute best band on the planet and I haven't seen them as a full band in two years. Needless to say, I was excited beyond belief to go, and was driving 3 hours to get there, with a group of over 10 friends and acquaintances. Well, through the magic of facebook, and my brother RSVP'ing the event, the drummer from Off With Their Heads (who happens to make his residence not 15 minutes away from me when not on tour, but I'd never personally "met" him) just up and asks if we wanted to give him and his girlfriend a ride to the show. So of course I was like "Fuck yes." So yeah, I got to hang out all day with a member of one of my favorite bands and got to go see the best band on the planet. Not a bad way to spend a Wednesday!
Yeah, well, you know, that's just, like, your opinion, man. - The Dude
Top

So yeah, I got to hang out all day with a member of one of my favorite bands and got to go see the best band on the planet. Not a bad way to spend a Wednesday!

That's fucking awesome. How long did that boner last?
Top

You're assuming it has gone down. I mean, it was about to, but then Against Me! started streaming their new album, and since then, still going strong.
Yeah, well, you know, that's just, like, your opinion, man. - The Dude
Top

I hope you're wearing sweatpants.
Top

We plannin' on doin' this again this year?
Top

Surf's spoiling it all by being hip and posting stuff on FB already, but I'll do my Top 10 albums and songs over the holidays.
Top

Ha! Sorry, I had been talking to a few friends about my obsession with lists and it kind of spawned a monster. I'm certainly willing to add my top ten records to a thread on here, my FB posts won't reach that point for a few more days so if everyone is ready to go then I could try not to reveal too many spoilers.
Top

I'm keen and looking forward to it. Personally I get a lot out of this. The majority of albums I was listening to for the first couple of months this year were from here.
Top

Likewise. Aren't you the Bo Ningen fan, Leetsu? I saw them at a festival this year and they were amazing. Thanks for the intro.

I was thinking of starting the Top 10 on the 20th - I'm traveling a lot over the next few days so that would work best for me. And the #1 would land just before the end of the year.
Top

Yeah Bo Ningen are great and you're welcome. Thank you for Parquet Courts & Savages. I saw both of them live earlier this year at a festival and they were the two highlights of the day. And I've listened to a lot of Thee Oh Sees this year too.

Leestu wrote:Yeah Bo Ningen are great and you're welcome. Thank you for Parquet Courts & Savages. I saw both of them live earlier this year at a festival and they were the two highlights of the day. And I've listened to a lot of Thee Oh Sees this year too.

Aw man, I've never seen Parquet Courts live. Missed them when they played here last year and really regret it. Glad you dig em. You may even hear more from them in my Top 10...

And if you ever have the chance to see Thee Oh Sees live, do so. One of the best live acts around.
Top

Part one of my annual wrap-up is live on my website, but if we're going to do it en masse again this year I can try to cut and paste whenever things get rolling here. In the meantime, just follow the link in my sig if you can't wait that long. Despite our picks going together like orange juice and toothpaste in previous years, there's a chance my wrap up will have some overlap with Surfer's advent calendar picks.

Just started making my way through these, might be here a while lol

fatdog: do you have any of the streetsounds electro albums or similar?