Anything music related. Latest songs, good new bands, and blasts from the past.

numbersix wrote:
Leetsu: Never got into these guys, mostly because I discovered them towards the end of their career, which wasn't great. I do love Animal Nitrate, though. These songs were okay, like a mix between Echo and the Bunnymen and The Smiths.

I agree. The weakest track on this album is so much better than anything they did after it. But luckily I had this album early (a rare purchase for me back in the day based solely on the strength of their debut single The Drowners) and this, or at least even just the four singles, is worth having.

Can't agree with you there. You'll find out in a couple of weeks why this is...
Top

englishozzy Nightwish, "Once", 2004 - I think these guys always reminded me of Evanescene, another band I've never really been a fan of. I can appreciate the girl can sing, but the music is just so operatic and over the top it becomes a little laughable, and so I can never really take it seriously.

Geezer The Ramones, "The Ramones", 1976
I kind of agree with NSpan, The Ramones were pretty much the band who spawned so many awful punk bands during the late 70s, though I think that's mainly because their style was merely imitated without actually acknowledging how good they really were. They made what they did look simple, and so bands imitated that. In fact, I think The Ramones wrote some of the best 3 minute pop songs of the 70s, and your selections perfectly highlighted that.

BleedBlackandGold Set Your Goals, "Mutiny", 2006
Did absolutely nothing for me, was neither a melody nor anything of intrigue to keep me interested.

Leestu Suede, "Suede", 1993
I've had this record for a little while now, it took me an age to get it for some reason despite owning Dog Man Star, Coming Up and Head Music for years, and it's good. But for me I've never quite been able to get into it as much as I'd hope.

NSpan Funkadelic, “One Nation Under A Groove”, 1978
Maybe I just don't have the groove. I can see what is appreciated by this style of music, and in the right atmosphere I would probably enjoy a dance to this, but otherwise I would need to be seriously plied with alcohol as it would always just be party music only for me.

numbersix Tom Waits, “Swordfishtrombones”, 1983
I literally picked up this album only a couple of weeks ago. I've been meaning to get into some Tom Waits since the song countdown so got this along with Blood Money and Mule Variations and love this one especially. I don't think it's too experimental, given that as my introductory record of his I wasn't turned off by it, but I think "16 Shells from a Thirty-Ought-Six" is a personal favourite, and I like "Johnsburg, Illinois" too. So glad I finally got around to listening to his work.

silversurfer The National, "Alligator", 2005
I'll admit six I could literally have picked any of Alligator, Boxer or High Violet, I love all of them almost equally, but based on number of listens alone I went with this as it was the record that introduced them too me and it probably has my favourite individual songs on it. Still need to get around to listening to their first couple of records though, you heard them?

transformers Van Halen, "Van Halen", 2007
I still can't see myself ever owning one of their records, but I have to agree, these guys knew how to rock and certainly seemed to be a lot of fun. Just what they spawned I can imagine will always hinder me from truly appreciating them as anything other than party music.
Top

NSpan wrote:
numbersix Tom Waits, “Swordfishtrombones”, 1983
I rounded out my Tom Waits collection during the Song Countdown. Got over 20 of his albums now. And, even then, I still like his "jazzy barroom ballads" best. Great song selections, by the way. In fact, "Soldier's Things" isn't that far off from a jazzy barroom ballad, is it? As an aside: the title track from Blue Valentine has become one of my absolute favorites since you brought my attention to it.

Glad you're digging Blue Valentine. I'm much more interested in his 80s era and beyond, though his 70s barroom stuff had their moments. Will we be seeing any Waits records in your Top 100 albums? As for Soldier's Things, it demonstrates that while Waits experimented more form Swordfishtrombone onwards, he could indeed still write a great ballad. It's the variety in his later records that makes them sound so fulfilling.


Surfer wrote: I'll admit six I could literally have picked any of Alligator, Boxer or High Violet, I love all of them almost equally, but based on number of listens alone I went with this as it was the record that introduced them too me and it probably has my favourite individual songs on it. Still need to get around to listening to their first couple of records though, you heard them?

Never felt the urge to get the earlier ones. I think that's because I feel Alligator is the worst of the three records and saw such progression in their later ones that I figured I'd like the earlier ones even less.
Top

silversurfer19 wrote:NSpan Funkadelic, “One Nation Under A Groove”, 1978
Maybe I just don't have the groove ... as it would always just be party music only for me.

Never had a "Me Party" ?? http://www.youtube.com/watch?v=WpE8CdH6fdE

Seriously, though, I think P-Funk has something for everybody. You might just be into their more laid-back stuff... here are five great examples of Funkadelic doing distinctly NON-PARTY music. These songs won't be showing up later in the countdown. No obligation, of course, but if you have some free time... check 'em out!

numbersix wrote:
Can't agree with you there. You'll find out in a couple of weeks why this is...

Now I'm intrigued. I look forward to being proven wrong

I don't remember saying that.
Top

Of course you don't, GRANDPA. Take your meds.
On the run from Johnny Law ... ain't no trip to Cleveland.
Top

Blasted whippersnapper! If only you had experienced the toil of August 1982, then you'd understand.
Top

Oops. I think I need to take some meds. Although a little bit of senility doesn't hurt too much. In fact I hardly even notice it.
Top

I was going to agree with you there but then I forgot what you said.
Top

Alyson
To Be Added At Later Date 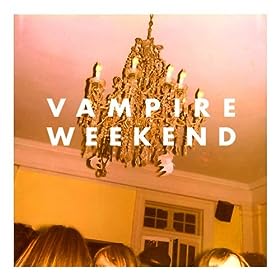 I really enjoy this album and their is something unique in their music that stands them above most bands today.

Geezer
Breaking Benjamin, "We Are Not Alone", 2004 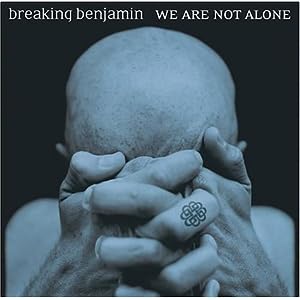 In the endless monotony of the abyss that is modern rock in today's world, Breaking Benjamin just kinda sticks out for me. Great vocals, the ability to play fast and slow, some interesting melodies. They also put on a great live show. This album is their best, although their debut is also excellent. 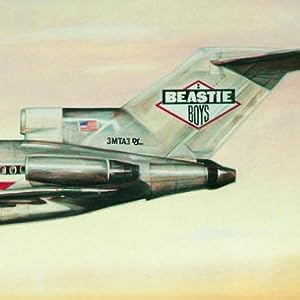 I've loved the beastie boys since I was a kid.One of the best rap albums ever a funny sarchastic album full of laughs but at the same time talent. RIP MCA <3 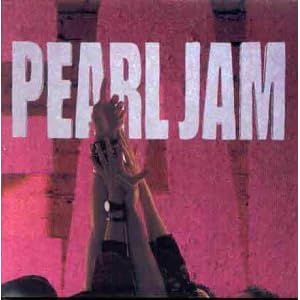 NSpan
To Be Added At Later Date 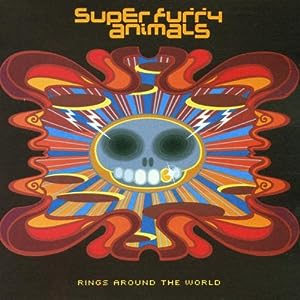 SFA were labelled as part of the Britpop movement in the 90s, but these oddball Welshmen seemed happier on the fringes, constantly playing around with their style and balance of wry humour and sentimentality. Hell, they even estranged the mainstream by releasing an album sung entirely Welsh (Mwng). Their proggier elements are fortunately always reduced to great pop music, with The Beach Boys being an obvious influence.

Rings Around the World came as a bit of surprise. While the brash pop elements were still in place (with some left-field references to metal and The Stooges), the album was imbued with a sense of melancholy. Political disillusion, mistrust of religion, love lost, and depression all wander through the album’s lyrics, clashing with the often upbeat or just gentle music. There’s Beckettian bemusement in the hopelessness (“Does Will Smith lie? Does he ever cave in and cry?” sings Gruff Rhys in closing track Fragile Happiness), creating a very special and powerful tone throughout.

"It’s Not the End of the World"

Ron Burgundy
To be added at later date 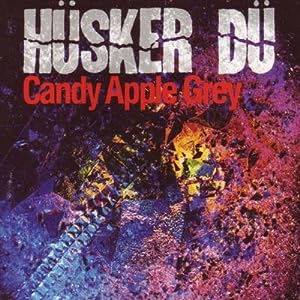 For years I never knew who Husker Du were. Before the days of Youtube I knew them only by name, for which they sounded like they were probably some Swedish punk rock band. However, they were so highly regarded I had this record, Zen Arcade and New Day Rising sitting on my Amazon list for years. I eventually plumbed and picked up this record about 10 years ago, and I was startled by just how fragile and tender at times this band of big Swedish punk rock guys could be! I did eventually come to the understanding that while in their earlier days they were a little more thrash punk, they did indeed hail from Minnesota. Not the exotic wonderland of Sweden then.... Even so, this was such a startling record, swinging between the ferociously alt-rock style more familiar with bands like The Replacements, REM and Nirvana, and the softer ballads with ease, and how it all came together is something quite wonderous. Highly influential on what would become the grunge movement, this record stands above much of the genre and for me at least, even their past discography, because it saw the culmination of where the band had been heading - into the realm of great songwriting with catchy melodies.

"Don't Want To Know If You Are Lonely"

"Hardly Getting Over It"
http://www.youtube.com/watch?v=HbTKQIeStFE 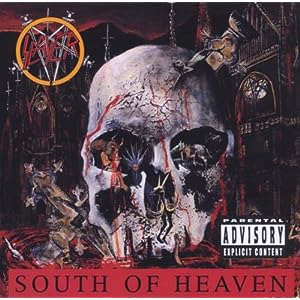 The thrash movement had already alive and well for a number of years when Slayer released South of Heaven. With South of Heaven, Slayer turned the thrash movement around again. It'sa heavy, immense, and loaded with great riffs and musicianship. If your a Slayer fan, This is an absolutely essential classic. If you don't like Slayer, This isn't going to change your mind.

I honestly forgot Breaking Benjamin existed lol. (That's not meant as an insult geez,I'm indifferent on their music, I just laughed because I hadn't heard them mentioned since I was in middle school).
BRING BRENDAN FRASER BACK TO THE BIG SCREEN DAMN IT
Check out my blog http://maitlandsmadness.blogspot.com/
Movies,Music,Sports and More!
Top

numbersix wrote:If only you had experienced the toil of August 1982, then you'd understand.

On the run from Johnny Law ... ain't no trip to Cleveland.
Top

I can't be the only person who gets Vampire Weekend confused with Hollywood Undead.
Everything on this post is strictly the opinion and only the opinion of Buscemi.

Buscemi wrote:I can't be the only person who gets Vampire Weekend confused with Hollywood Undead.

I'm pretty sure you are

They couldn't be anymore different.
BRING BRENDAN FRASER BACK TO THE BIG SCREEN DAMN IT
Check out my blog http://maitlandsmadness.blogspot.com/
Movies,Music,Sports and More!
Top
Post Reply
130 posts